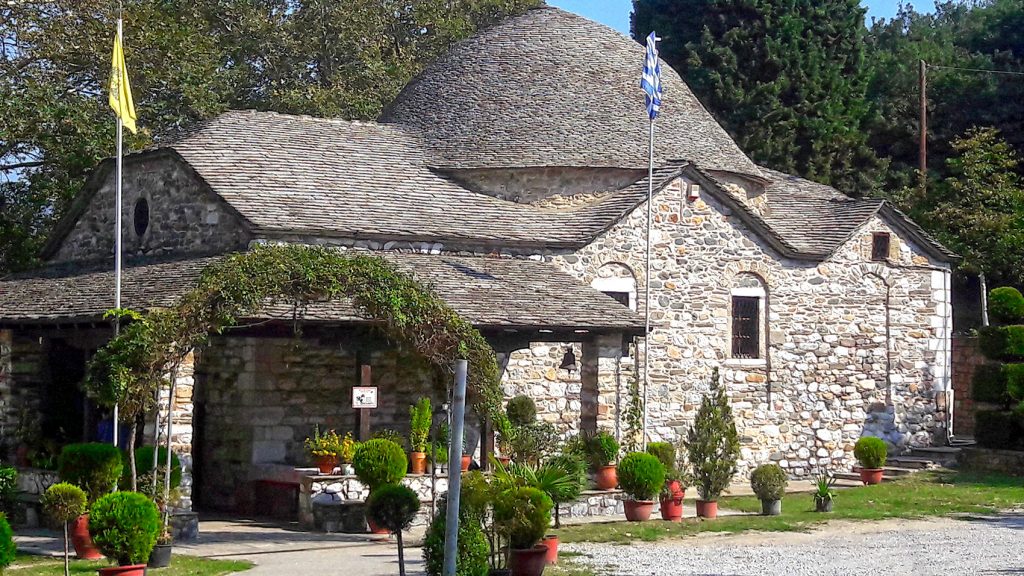 On the 75th kilometre of the ancient route Thessaloniki – Kavala between Asprovalta and Kavala, in the valley of the Macedonian Tempi, lies the post-Byzantine church of Agia Marina, which was built after the fall of the Byzantine Empire.

When a tourist comes face to face with the Byzantine dome, which is coated in slate, he feels compelled to make a pilgrimage.

Beyond the outstanding beauty of the church, it is also well-known for its religious miracles, with individuals from all across Greece claiming that their problems have been resolved as a result of their prayers at the church.

The people of Modi take great pleasure in their small church, which they erected in the mid-18th century, according to the inscriptions on the walls.

The church has a unique and distinctive architecture that makes it stand out from the rest.